The year is 2021. America is still fighting its way through an ongoing pandemic, currently fueled by the ignorance of millions who have decided science isn’t good enough for them. Countless lives have been lost or disrupted by an inefficient government loaded with corrupt politicians, egged on by snake oil salesmen who are inexplicably given nightly platforms on cable TV or allowed to spread their disinformation through social media. Make no mistake: Rome is burning. We are fiddling.

Pissed off yet? So is The Last Gang. This California punk quartet had big plans for 2020, with a seemingly endless string of tour dates keeping them on the road in support of their Fat Wreck Chords debut, Keep Them Counting. Crowds were getting bigger. Sing-alongs were getting louder. Spirits were getting higher. The only problem? The band was trying to write a new record simultaneously, and it wasn’t going well.

“Our downfall is we want to tour a lot, but it’s sometimes hard for us to write because it takes so much out of me,” begins frontwoman Brenna Red. When the world came to a standstill in March 2020, it was actually a blessing in disguise for Red. She could finally focus on everything happening outside of their tour van — and she quickly realized it wasn’t pretty.

“Because COVID happened, I was allowed to not rush, and we stepped back and re-wrote songs,” she explains. “Then I went to Fat Mike’s to write with him, and he challenged me to write more Clash-influenced reggae. I listened to London Calling to get inspired, but I think Joe Strummer once said if you want to be inspired, don’t listen to your idols — listen to your idols’ idols. So I also listened to a lot of Toots And The Maytals and Lee ‘Scratch’ Perry, and a ton of Trojan Records compilations.”

One listen to Noise Noise Noise, and you’ll discover a band who has not only pushed their musical boundaries in new and unexpected ways, but a lyricist in Red who has unlocked a new side of herself, spitting barbs both personal and political at whoever might listen. We’re obviously punk at our core,” she says. “People expect to hear something, and that can become tedious and somewhat boring. But when you throw somebody a curveball, if they hate it, that’s fine. But more than likely, they’re gonna go, ‘What is this?’ and it’ll pull them more into the album.”

Noise Noise Noise is nothing if not full of curveballs. The album opens with the “Guns Of Brixton”-esque title track, the first of the album’s many forays into guitar upstrokes and elastic basslines. The next curveball comes in the very next track, “WFTW,” the rare punk song that’s four minutes long and feeling a little bit like Searching For A Former Clarity-era Against Me!with Red cramming as many syllables into her verses as humanly possible. It’s also one of many new songs elevated by lead guitarist Ken Aquino, making his recorded debut with the now-quartet.

“Ken is a great lead guitar player, but my huge thing I love about Ken is at his core, he’s a melody man — he can sing pretty,” she gushes. “He adds so much to our band.” Aquino also used to work in the same studio as producer Cameron Webb (Motörhead, Sum 41), who just so happened to be behind the boards for Noise Noise Noise (which was also co-produced by NOFX’s Fat Mike and Useless ID’s Yotam Ben Horin). Red was thrilled to reunite with Webb, who previously produced Keep Them Counting. “I know he’s not going to let me sound bad,” she says. “He’s going to push me.”

Look no further than “Shameless,” a true gem of the album, a melodic punk banger with Red turning in a career-best vocal performance. The curveballs keep coming deep into the tracklisting, with the sludgy 6/8 tune “Intelligence Is A Plague.” In it, Red fires salvo after salvo at the ignorant masses as well as the publications that prey upon them (marking what is probably the first time alt-right “news” outlet Breitbart has been name-checked in a song).

“It was inspired by this overwhelming feeling of ‘Why aren’t we listening to the people who can tell us how to fix these huge problems?’ COVID, climate change, you name it. To me, it’s like, ‘I don’t know what to do, so I’m going to listen to you.’ But those people don’t want to be humble. They’d rather be ignorant and feel like they’re right.”

This gets to the crux of Noise Noise Noise: These songs speak to her, and she hopes they speak to you, too. “I write music just to be alive,” she concludes. “I hope there’s something that can be taken from it to make you feel that electricity inside of yourself, whether happiness, pain, bittersweet memories… Just pick apart the art and put it inside of your own life.”

"Tickets" on sale now for our live streaming event, recorded at South Bay Customs. Set includes originals plus fan requested cover songs. Followed by a roundtable Q&A with all the members of TLG.  We say "tickets" since you will be able to donate $10 or more for access to the event. All profits will be going towards Mike and SBC, in an effort to keep his doors open. Help save our local stages and buy your ticket today!

More donations can be sent to Venmo: @southbaycustoms or GoFundMe: https://gofund.me/a67b8a56 ("Help Save South Bay Customs")

Once tickets are purchased, a link to a password protected web page and the password will be emailed to you. On May 13th at 6pm, that web page will go live with the video.

Tickets are available thru https://www.paypal.com/paypalme/thelastgang?locale.x=en_US
Donate $10 or more for access. 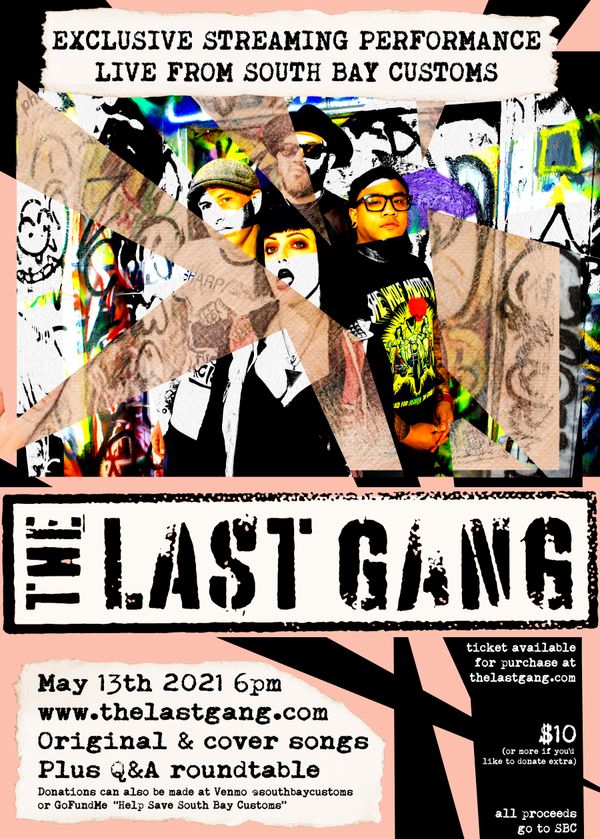 All shows we had for 2020 have been cancelled

Unfortunately we have cancelled all of our upcoming shows for 2020. However we are still working hard. We are nearly finished writing our new album. Studio time is any day now! Who's excited? I know we are! Check this site, or our IG page @thelastgangmusic for further updates. We can't wait to see you all sooner than later.

2020 is looking up, and TLG is headed out all over the place.

Here's what TLG has lined up so far for 2020. There is still so much to be announced as far as tours and albums, and these dates are the first to roll out. See you all on the road!

We’re starting off the year with a west coast runs with our good friends Good Riddance, promoting their new album “Thoughts And Prayers.” First stop is January 7th at the Glass House in Pomona, CA. We can’t wait to hit the road again! See you all very soon!

And we’ll also have some exciting news of another tour in February. I wonder where it’ll be, hmmm...... 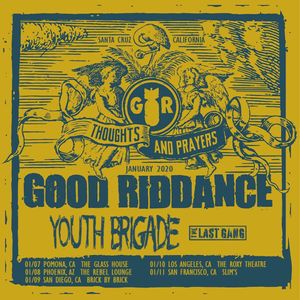 Europe, he were come! "Sing For Your Supper" April/May 2019 tour is almost here.

We are 2 weeks away from our first ever venture over to Europe! We'll be playing some festivals including SBAM, as well as some kickass clubs shows. Sharing the stage with some of our friends back home such as Good Riddance, Bad Cop / Bad Cop, The Bombpops, Teenage Bottlerocket, The Real McKenzies... along with a very special and secret show we can't announce yet. But we promise, you WON'T want to miss it! See you all soon! 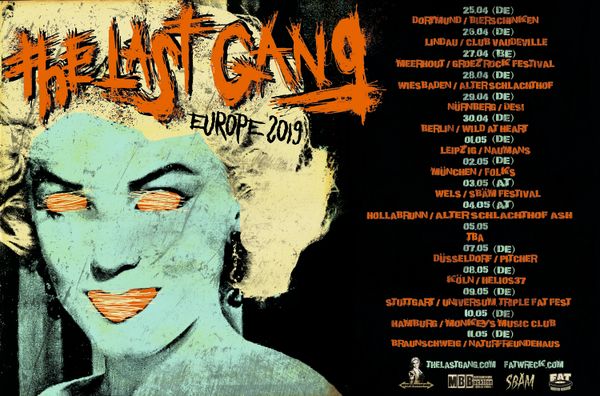 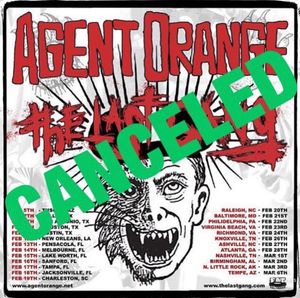 Due to a family emergency with Agent Orange, our tour has been cancelled. Please be sure to be supportive in this hard time and send nothing but positive vibes. We promise we will try to hit every city on this later this year!

Available for the first time online! Get our new design “Strange Fruit” T-shirt through Road Dogs Merch now! These were only available when we were on tour with the Swingin Utters. But since we sold out of them super quickly, we decided to bring them back for 2019!  And while you’re there, go check out all of our other clothing. We’ll be selling all of our shirts, hoodies and all TLG apparel thru Road Dogs. 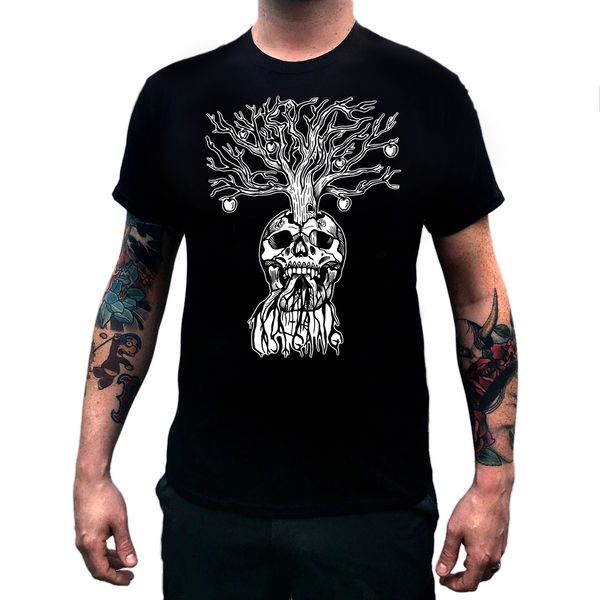 Xmas with the Vandals? Yes please.

Come celebrate the holidays, unity, and family with us December 22nd at the House Of Blues Anaheim for the 23rd annual Christmas Formal with The Vandals! 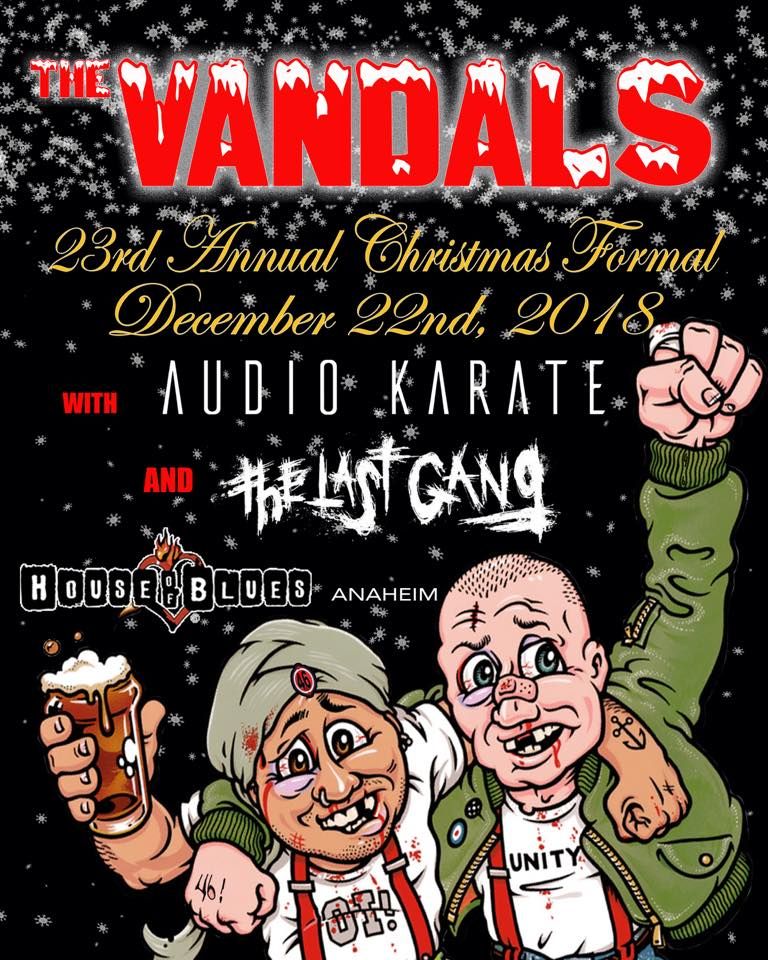 Orders will be postponed for Sept/Oct

*** SEPTEMBER ANNOUNCEMENT: Orders will be shipped out after we return home from tour on October 15th  ***

Thanks everyone for their patience!!!